Many Western tea heads really fall in love with the exotic nature and novelty of Chinese and Japanese tea culture, to the point where they think tea is above issues that affect other products in our world. In reality, tea is an agricultural product. Tea and teaware are both major businesses, and not just in the East. Like any other product, there are issues that come with it, including blatant deception, environmental destruction and greed.

Several weeks ago, a tai chi guy in the US offered to sell a new tea drinker a structured water device with some very questionable science behind it–for only $400! I pointed out that the device and the science behind it weren’t sound. OK, maybe saying it was the biggest crock of shit I’d ever heard wasn’t the best method of addressing the issue, but the basic premise was that water would be magically transformed after pouring through a non-powered device. The same tai chi practitioner then showed us a video of how it could be done using glass marbles and a cut off plastic bottle or something. Glass is hydrophilic up close and water DOES momentarily change structure when in contact with glass, but for something like picoseconds before it goes back to its own structure.

The website that was selling these devices was full of pseudoscience, and even fake non-studies that had those who weren’t familiar with reading research studies completely fooled. In fact, the studies weren’t studies at all! 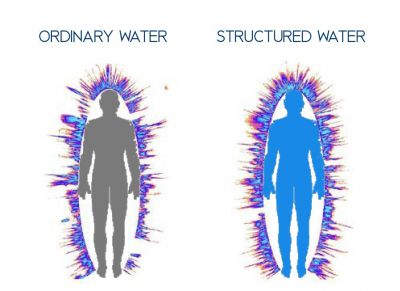 This discussion created quite a rift in the group. The Chinese martial arts guys, romantics who liked the pretty pictures in Emoto’s book on water (which is also hogwash, for the record) and Traditional Chinese Medicine guys were all for the structured water. The scientists in the group tried to explain (in layperson’s terms) that the device wouldn’t work and was total hogwash. In the end, I suggested a double-blind study to determine if the water just tasted better (to those who’d tried it and wanted to believe) because of the placebo effect. The informal experiment hasn’t been conducted yet, however, but the fact that so many college and grad school-educated folks get drawn in by a product backed up by non-science shows we still have a long way to go as a species.

My previous post about BTTC also got me negative attention from a bunch of American tea heads who felt I was out of line for going after another vendor when I’m a vendor myself, when in reality, doing so is something uniquely American. America actually allows companies to directly compare and contrast their products in advertising, which is something no other society allows, to the best of my knowledge. I didn’t even do that. It appears some people would rather keep the peace and let fake (and potentially harmful) tea and products get sold, rather than having someone who can see the bs for what it was point it out. The cold, harsh reality is that tea attracts crooks like any other business, despite the exoticism of the East many tea heads in the West want to associate with it, and when dealing with something you ingest and that isn’t subject to testing requirements, this can be extremely hazardous.

I think the head in the sand approach will continue for centuries to come (and not just with tea), but we are better educated than ever before, and I think that will help us overcome the aspect of human nature that just makes us want to BELIEVE!

A few years ago, I really got into CNNP 7581 bricks and realized how many fakes there were out there, even for bricks that don’t cost much when new. The image above showed how close the wrappers were, and how a slight difference in size could point out the difference between the real and fake bricks. Dayi even puts seals on their bings that split in two when the cake is unwrapped to prevent people from doing the ol’ switcharoo and putting a fake bing in a real wrapper.

Tea is very much a business, and not to think so is not only a fallacy, it can greatly harm your health, and perhaps that of your loved ones. Best case scenario, you just waste money on something that is misrepresented, or you drink something that could be a shadow of the real thing. Unfortunately scams are RIFE in the tea industry, and there is little in the way of consumer protection in China and the US. The EU is a little better, but even the EU can’t test every bing that comes floating on in. I think to ignore the issues and not speak about them and not point out when something downright immoral and potentially harmful is happening is a disservice to us all.

View all posts by droolonghk